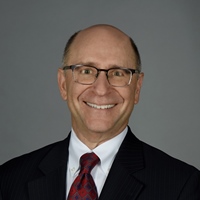 Richard S. Order tackles litigation and trial work as a creative process. He applies court rules and procedures to execute strategies that achieve favorable outcomes. While drawing on his experiences, he approaches each case in different ways, as no two cases are the same. In many respects, Richard views civil litigation over business disputes as chess matches in which creativity and perseverance ultimately prevail.

Richard has represented clients also in domestic and international arbitrations and mediations before such alternative dispute resolution providers as the American Arbitration Association, the International Centre for Dispute Resolution, and the National Association of Securities Dealers Dispute Resolution, now merged into FINRA. Richard serves as an arbitrator on the American Arbitration Association's National Roster of Neutrals and has also served as a mediator.

As Chair of the Firm's Pro Bono Committee, Richard established a program for helping victims of domestic violence obtain restraining orders against their abusers. For this, he was honored in 2016 by the Connecticut Coalition Against Domestic Violence and in 2021 received the Connecticut Bar Association’s Honorable Anthony V. DeMayo Pro Bono Award.

Since 2002, Martindale-Hubbell has awarded Richard an AV Preeminent ® rating. Richard has also been recognized in The Best Lawyers in America in the practice area of Commercial Litigation (2013-present) and in Connecticut Super Lawyers (2013-present).

For representative cases Richard has handled, please see the tab below.

One of Richard’s first prominent trials was Petereit v. S.B. Thomas, Inc., 853 F. Supp. 55 (D. Conn. 1993), aff'd in part, rev'd in part, 63 F.3d 1169 (2d Cir. 1995), in which he represented plaintiff distributors of Thomas’ English Muffins. This case established criteria for determining the elements of a franchise and the concept of constructive termination of a franchise and is cited as a seminal decision under the Connecticut Franchise Act and as persuasive authority in construing other state franchise statutes. After an eight-day trial, Richard obtained a ruling that the distributorships were, in fact, franchises, and the court issued an injunction requiring S.B. Thomas to restore the distributors’ territories and delivery routes. After appeal, S.B. Thomas converted to a franchise system and established formal franchises for the distributors.

Other significant cases Richard has handled include:

Ambrogio v. Beaver Road Associates, 267 Conn. 148 (2003): On behalf of an oral surgeon, Richard brought a breach of contract claim against the contractor who built out the surgeon’s office, which later suffered constant moisture filtration through the floors. The Superior Court dismissed the surgeon’s consequential damages claim for lost profits resulting from the unsanitary conditions, but the Appellate Court and the Supreme Court held that such consequential damages are available remedies in a breach of construction contract claim.

Cahaly v. Benistar Property Exchange Trust Co., 268 Conn. 264 (2004): One of the plaintiffs in the Massachusetts case described above sued also in Connecticut Superior Court, seeking solely a prejudgment remedy (“PJR”) of attachment in anticipation of obtaining a judgment in the Massachusetts case. The Superior Court granted the PJR, and the Appellate Court affirmed.

In a case of first impression, the Supreme Court unanimously reversed on the grounds that the plaintiff had prematurely commenced an action for enforcement of a foreign judgment before obtaining judgment and that PJRs are not available in Connecticut to secure potential future judgments in foreign courts.

Turbine Controls, Inc. v. Aviall: After an evidentiary hearing before the American Arbitration Association, Richard obtained a mid-six figure arbitration award for an FAA repair shop against an American Airlines affiliate for breach of contract.

Jarrow Formulas v. International Nutrition Company: Richard defended a Dutch nutritional supplement company and its U.S. attorney against vexatious litigation and antitrust claims stemming from their commencement of a patent and trademark infringement action. The underlying action had been dismissed because the district court granted comity to a French court’s determination that the Dutch company was not the owner of the U.S. patent. Richard’s defense was that the prior attorney and the client had probable cause to commence and maintain the infringement action and that the U.S. court should have decided the issue of ownership of the patent instead of yielding to the French court. On the verge of trial, Richard obtained a favorable settlement for the clients.

Benistar Cases: Richard successfully defended the nation’s largest third-party administrator of multiple employer welfare benefit plans in a number of cases in Philadelphia, Chicago, Minneapolis, and Michigan alleging fraud, breaches of fiduciary duties and RICO and ERISA violations, and seeking appointment of a receiver for one of the plans. Richard’s vigorous defense contributed to the withdrawal of class action allegations from the Chicago federal court action and a settlement with the plaintiffs.

INEOS Fluor v. Honeywell: Richard represented the plaintiff in breach of contract claims in federal court in Delaware for improper price increases in a chemical supply contract and obtained a favorable amendment to the supply contract.

Chemical Company v. Oil Company: On behalf of a global chemical company, Richard asserted arbitration claims before the American Arbitration Association based on improper force majeure invocation by a global oil company. Shortly before the evidentiary hearing, the client received a favorable settlement.

Rosenblatt v. ARC: Richard defended a radiology group against antitrust claims based on its exclusive provider agreement with a hospital. After completion of discovery in federal court in Connecticut, the case settled.

Country Fare LLC v. Lucerne Farms: Richard represented a manufacturer of ground cover mulch in a trademark ownership and infringement action in federal court in Connecticut and succeeded in obtaining full rights to the trademark for the client.

Vinci v. Maine Oxy-Acetylene Supply Co.: In federal court in Connecticut, Richard defended a manufacturer and distributor of industrial gases against a claim of breach of contract to purchase a plant and counterclaimed for specific performance of the purchase and sale agreement. The case eventually settled, and the client now owns the plant.

InterMetro Industries Corp. v. Enovate Medical, LLC: In federal court in Scranton, Pennsylvania, Richard defended patent infringement claims related to mobile medical computer carts. Richard succeeded in invalidating some of the patent claims in Inter Partes Reviews before the U.S. Patent Trial and Appeal Board in Alexandria, Virginia, whose decisions were affirmed by the Federal Circuit. After the Federal Circuit affirmance, the district court case settled through mediation.

Wittman v. Intense Movers, Inc.: On behalf of certain shareholders in a closely held corporation, Richard has filed an action in Connecticut Superior Court to dissolve the corporation, along with asserting derivative claims against other shareholders.

InteliClear, LLC v. Victor: Richard sued in federal court in Connecticut to remove the General Manager and member of a limited liability company and to recoup funds. At the beginning of the case, Richard obtained a preliminary injunction granting our clients control of the company. After discovery, the parties entered into a stipulated judgment just before trial.

Campus Yellow Pages, LLC v. Silverman: Richard obtained a temporary restraining order and preliminary injunction prohibiting a competitor who had stolen our client's intellectual property and trade secrets from attending the prime industry trade show for college admissions officers. The defendants then settled and agreed not to use the stolen information.